Can we make this cancer disappear? 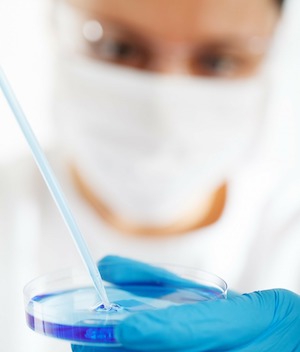 What if a cancer that claims hundreds of thousands of lives each year could be virtually eradicated?

Although significant obstacles remain, that outcome appears to be a real possibility for cervical cancer. And across UVA, research focused on prevention and screening—and a promising new discovery that could lead to a new approach to treatment—helps move the world closer to that reality.

Cervical cancer was once the leading cause of cancer deaths among women in the U.S., until the widespread introduction of the Pap screening test in the mid-20th century led to a dramatic drop in its incidence. Then, in the 1970s, scientists established the link between HPV—the human papillomavirus—and cervical cancer, determining that a few high-risk strains of this common virus were responsible for most cases of the disease.

Infection with HPV is widespread among sexually active people; in some cases, high-risk strains of the virus can lead not only to cervical cancer but also to genital warts and some other, less-common cancers. However, as Professor Anindya Dutta in the School of Medicine explains, cervical cancer is actually an “accident” of HPV infection, when DNA from the virus—for reasons that are not fully understood—becomes incorporated into human chromosomes.  Read more in UVA Magazine.