Recent notable research at the University of Virginia

might famously have observed that “Less is more,” but when it comes to problem-solving and solution-seeking, our brains may default toward additive rather than subtractive changes. Whether it’s the proliferating features on our phones, ideas to improve an organization or our endless to-do lists, “We tend not to ask ourselves what can we take away from it, what can we subtract, what can we remove that might still make something better,” says UVA assistant professor Gabrielle Adams. Read more.

Sweet mysteries of life : Edward Egelman, a professor of biochemistry and molecular 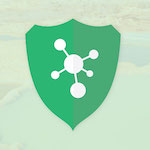 genetics, studies ancient single-cell organisms found in some of Earth’s most extreme environments—like acid hot springs—that are hostile to most forms of life. In such inhospitable conditions, how do “extremophiles” survive? While studying one such organism, Sulfolobus islandicus, Egelman and a team of researchers examined the long, hairy appendages called pili that, Rapunzel-like, extend from the cell to many times its length. The pili, says Egelman, “were indestructible using the normal lab techniques we have for taking things apart”—including boiling in lye. What extraordinary substance, they wondered, could provide such impenetrable protection? After nearly a year of work, they found an unexpected answer: sugars.  Read more.

It’s hot and getting hotter : Imagine a future where the hottest, most oppressively

humid days of the year would be measured not in days or weeks but months. This is the alarming scenario outlined in a recent study conducted by UVA researchers that focused on nine countries in the Great Lakes region of East Africa.Published this summer in the journal Climatic Change, the study drew on a sophisticated climate modeling system to predict how an average annual temperature increase of only a few degrees by the end of this century would be experienced by residents of the region in the form of “heat stress” days. These occur when apparent temperature (a measure of how hot it feels, based on both heat and humidity) rises above 102 degrees Fahrenheit.  Read more

The final frontier gets a little closer : Recent research at UVA

is giving us a better sense of our galaxy and the rest of the universe. In one project, scientists are getting a more accurate picture of a warp in the outer part of the Milky Way. You might visualize it, says astronomy graduate student Xinlun Cheng (Grad ’26), like a stadium wave, moving around the edge of the galaxy just like you’d see move through the crowd of fans at a football game. But in this case, the crowd is stars, and the stars are rotating around the center of the galaxy. Read more.

Early infant nurture may affect gene expression : A new study from the University of 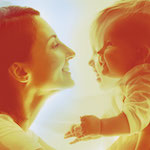 Virginia’s Department of Psychology offers evidence to suggest how experience in infancy could affect gene expression in a developing child. The research field of epigenetics examines how environmental factors, from diet to family dynamics, might affect how or to what degree particular genes are “switched on” or “switched off.” In a study published in Science Advances, a research team led by Dr. Kathleen Krol found evidence to suggest that when mothers actively engage with their infants, there is a positive effect on expression of the infant’s oxytocin receptor gene.  Read more.

“From Demon Weed to Wellness Darling: How Cannabis Got a Medical Makeover” (McIntire School of Commerce)